Edward Bender – The Power of Convention of States – Speaks on Sept. 12th

You are here: Home / Events / Edward Bender – The Power of Convention of States – Speaks on Sept. 12th

Edward Bender – The Power of Convention of States – Speaks on Sept. 12th 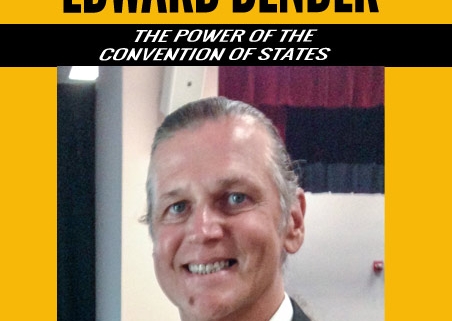 On Wednesday, September 12th from 11:30 am  to 1 pm EDT, at City Fish Market in Boca Raton, Ed Bender will speak to the Gold Coast Tiger Bay Club about his work with the Convention of States. Tickets start at $35 and are exclusively available here.

Over 10 years experience as a Field Service Technician for commercial and industrial boilers, burners, controls and instruments, representing Cleaver Brooks Boilers and other manufacturers in the Greater New York Region. Responsibilities included instructional seminars for owners and operators.

Moved to Broward County, Florida, in 1997

Founder and President of Affinity Mechanical, Inc., a Certified Mechanical Contractor and a Certified Plumbing Contractor since 2002. An independent Ready Partner with Ready Network, headquartered in Jupiter, Florida. A one stop e-store for camping, hiking, and emergency preparedness.

In 2009, became a member and ardent supporter of the Tea Party Fort Lauderdale for seven and a half years (yelling things at people that they didn’t want to hear on a street corner and attending weekly Agenda Meetings wherein candidates and incumbents were met and vetted). On Sept. 12th, 2009, walked with Tea Party Patriots and 9/12 Project in the “March On DC” together with 1.8 Million fellow Americans. Visited the Washington offices of then Congressman Ron Klein.