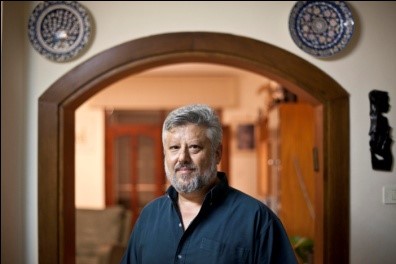 Gershon Baskin, Ph.D., was the initiator and the person responsible for the secret back channel between Israel and the Hamas that successfully negotiated the release of Israeli abducted soldier Gilead Schalit.  His book on the secret negotiations was published in Hebrew in June 2013 (לשחרר את גלעד) and in English in October 2013 (The Negotiator – Freeing Gilad Schalit from Hamas – Toby Press)

From 1988 – 2011, Dr. Baskin was the Israeli Co-Director and founder of the Israel/Palestine Center for Research and Information (IPCRI) – a joint Israeli-Palestinian public policy think and “do”-tank located in Jerusalem.   Since January 2012 he is the Co-Chairman of IPCRI’s Board of Directors. He initiated the founding of IPCRI in 1988 following ten years of work in the field of Jewish-Arab relations within Israel, in Interns for Peace where he lived for two years in the Israeli-Palestinian village of Kufr Qara, the Ministry of Education and as Executive Director of the Institute for Education for Jewish-Arab Coexistence (established by the Israeli Ministry of Education and the Prime Minister’s Office at Baskin’s initiative).

During the Premiership of the late Yitzhak Rabin, he served as an advisor on the Israeli-Palestinian peace process to a secret team of intelligence officers established by Mr. Rabin. Dr. Baskin was a member of the Jerusalem Experts Committee established by the Israeli Prime Minister’s Office during the Final Status Negotiations in 2000-2001.

Dr. Baskin holds a Ph.D. in International Affairs from University of Greenwich.  His dissertation was on Sovereignty and Territory in the Future of Jerusalem, parts of which were published as a book Jerusalem of Peace.

He has a regular column in the Jerusalem Post Newspaper and was for two years a radio host on All for Peace Radio.  Dr. Baskin has now also begun writing a bi-weekly opinion piece on the Palestinian new web site Ma’an News.  Dr. Baskin has been awarded the Histadrut Prize for Peace in 1996, the Turkish Foreign Policy Institute Peace Prize in 2004, the Tribute of Honor and Courage from the World Movement for Democracy in 2004 and the Search for Common Ground Journalist Award for Middle East Journalism in 2005 and 2007 as well as the Ordine Della Stella Della Solidarieta Italiana. Dr. Baskin speaks Hebrew, English and Arabic.

Since January 2012 Dr. Baskin is working to develop renewable energy projects around the Middle East focusing on Palestine and Egypt.  He is also a consultant to the USAID supported TRADE PROJECT run by Deloitte Consulting aimed at reducing the costs of Palestinian trade in the West Bank and Gaza.