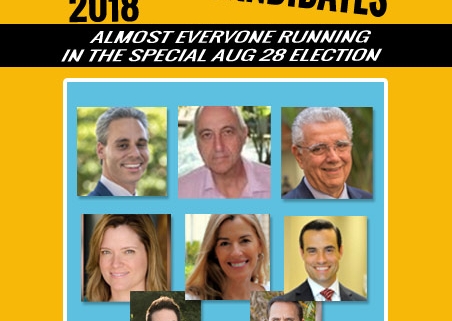 Boca Raton is holding a Special Election on August 28th. Candidates for City Government and State Legislature seats are appearing at Gold Coast Tiger Bay Club’s Special Event. Typically we hold events only once a month, but because of this election and the willingness of this round of candidates to participate, we’ve got this second event planned for August. Special thanks go out to Gold Coast Tiger Bay Club member Arlene Herson for initiating and motivating these candidates speak at this luncheon event.

Speakers who are scheduled to appear so far: