Stephen Marks – Author of Confessions of a Political Hitman

You are here: Home / Events / Stephen Marks – Author of Confessions of a Political Hitman

Stephen Marks – Author of Confessions of a Political Hitman 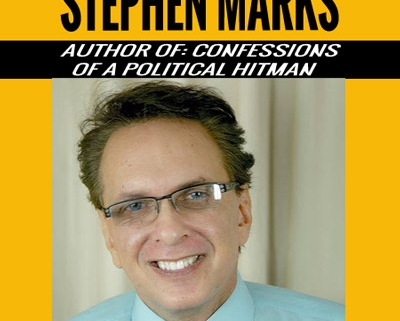 On May 9th: Guest Speaker Stephen Marks: Author of “Confessions of a Political Hitman” My Secret Life of Scandal, Corruption, Hypocrisy and Dirty Attacks That Decide Who Gets Elected (and Who Doesn’t);  Activist and Candidate for Congress will be appearing at City Fish Market instead of Susan Haynie. 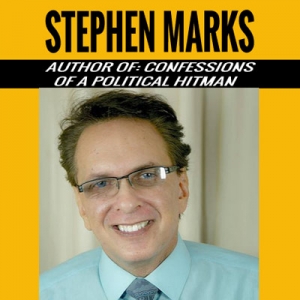 Who is Stephen Marks? No, he is not a “political hitman” anymore. Today he is an advocate for justice for our senior population whom he so passionately wants to serve.

He is now dedicated to helping seniors and to get the Federal government to more aggressively fund the search for a cure for Alzheimer, which ultimately killed his beloved mother a short while ago.

No, he is not a propagandist, nor does he own such a company. Nor is he seeking personal glory. Or anything for himself. He is just a man who has a passion to serve others and persuade Congress to allocate more funds for Alzheimer’s research, which he believes is not receiving what it truly deserves considering how widespread and growing Alzheimer’s disease is in our aging society.

He also wants the legal profession to value the lives of seniors more. He is outraged that right now few lawyers will accept a personal injury case on contingency if it involves someone in their 70s, 80s or 90s as there is a common belief there can be only a relatively small award possible as the prevailing prejudicial thinking is that there is not much life of value left.

Stephen believes this is blatantly unfair and patently discriminatory against our older population who have given us so much, and whom we should all respect to the last day of their valuable, golden, irreplaceable lives.

Stephen Marks is running for Congress in the 27th District in Miami Dade solidly behind his principles as a Republican. He is running in a district with a preponderance of senior residents who will only gain from his wisdom, fervor and desire to be their loyal, devoted advocate.

Tickets are only available here and at the door. Seating is limited. Buy your ticket here now.