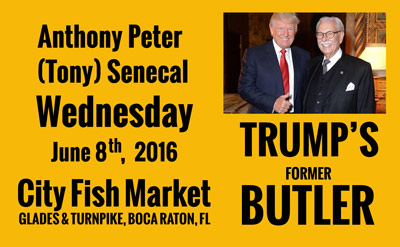 He knows all the secrets.

Anthony Peter Senecal was born on Oct. 29, 1931 in Plattsburgh, NY. When his parents died, he went to live with a second cousin in Arlington, Va., who was the Administrative Assistant to a Congressman. He worked on Capitol Hill while in High School, with two Congressmen who stopped and talked to him almost every day; Jerry Ford from Grand Rapids, MI and Harley O. Staggers from W. Va., who suggested he go to a Shepherd College, a little school nestled in the Shenandoah Valley. He drove up on Freshman Registration day, got in line and plunked down the $99 registration fee.

Skipping ahead to 1959, he taught school for a few years, but was bored to tears as were a bunch of friends. About a dozen of them decided to quit their respective jobs and headed to Palm Beach, Florida where one friend knew a charter boat captain who took them to Cuba to fight with Fidel Castro against Batista. He was the only one to make it back to Palm Beach and looked for a job. In 1985 he became a footman to Marjorie Merriweather Post and when she sold Mar-A-Lago to Donald Trump, he became Trump’s personal butler. 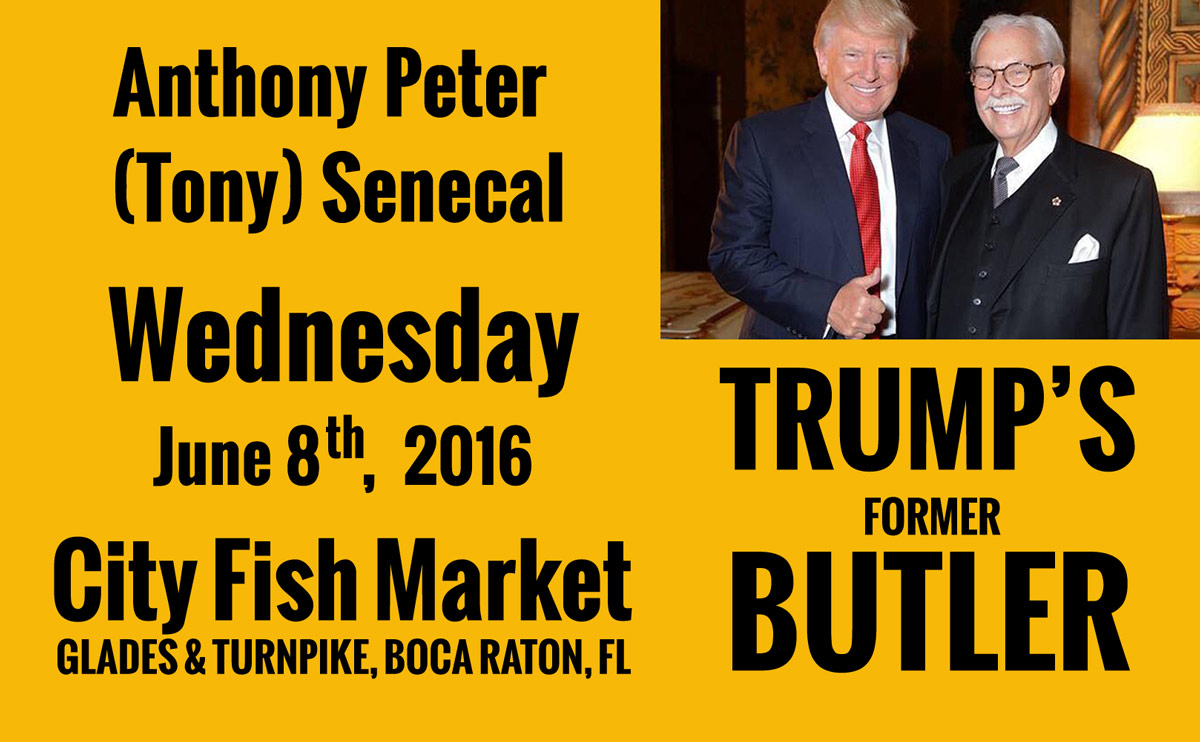