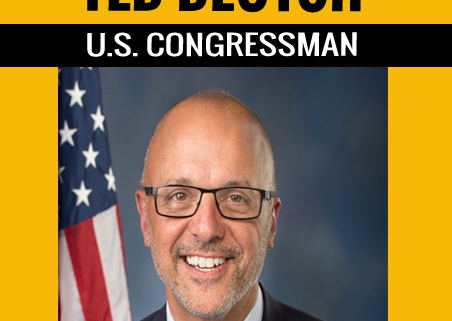 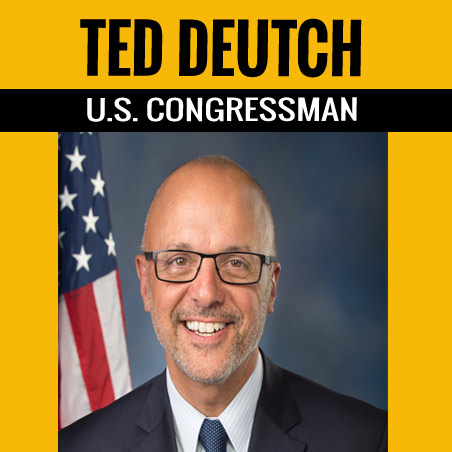 Congressman Ted Deutch, 52, has represented Broward and Palm Beach counties in the U.S. House of Representatives since April 2010. Prior to his election, Ted served two terms in the Florida State Senate and enjoyed a successful career representing entrepreneurs as a commercial real estate attorney. Ted is a rising member within the House Democratic Caucus whose priorities include creating jobs in South Florida through strategic investments in infrastructure, education, and research, strengthening retirement security for all Americans, and protecting the integrity of our elections.

Ted serves as the Ranking Member of the House Ethics Committee, which is charged with enforcing the Official Standards of Conduct in the House of Representatives, which include rules on gifts, travel, personal income, and other areas.

Ted is a member of the House Judiciary Committee, where he is deeply engaged in debates around major national issues, including criminal justice and the courts, civil rights and liberties, constitutional amendments, and immigration.