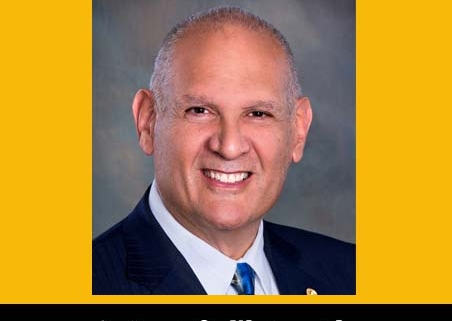 Robert Weinroth was elected to the Palm Beach County Board of County Commissioners representing District 4 in 2018 and was recently elected by his fellow board members as Vice Mayor.  He is a longtime resident of Boca Raton with an extensive background in business, public service, and community involvement.

In 2014, Weinroth was elected to the Boca Raton City Council where he served as deputy mayor and CRA vice-chair during his four-year tenure.  In tandem with his service on the City Council, he was appointed to a number of Palm Beach County boards including the Boca Raton Airport Authority, Palm Tran Service Board, Palm Beach Transportation Planning Agency, and Treasure Coast Planning Council.  In addition, he was elected to the board of the Palm Beach County League of Cities and the Florida Municipal Insurance Trust.

In addition to his wide-range involvement with local nonprofits, Weinroth takes great pride in his past work as a volunteer with the Guardian ad Litem Program in the 15th Judicial Circuit advocating on behalf of abused, abandoned and neglected children deemed dependent by the court.

Over the years, Weinroth was elected president for several homeowners associations in Boca Raton, and served on the boards of two area synagogues including B’nai Torah Congregation.

Weinroth brings to his public service a broad background as an executive and general counsel in insurance, finance and health care industries.   Most recently, he was president and general counsel at Freedom Medical Services Inc. (working with his wife and partner Pamela) for 16 years.

Weinroth obtained his undergraduate degree at Northeastern University and a Juris Doctor at New England School of Law.  He is a member of the Florida, Massachusetts and New Jersey bars.

In addition, Commissioner Weinroth serves on the National Association of Counties Transportation Steering Committee and is Vice Chair of the Transit/Rail Subcommittee.

Commissioner Weinroth is married to Pamela and is the father of four boys in their blended family.