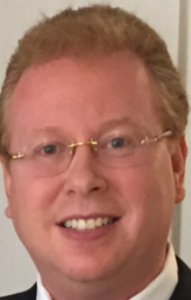 Dr. Larry Kawa is a nationally known political activist, who recently filed a federal law suit against the Affordable Care Act, commonly known as Obamacare. He is a frequent commentator on FOX news and has a successful Chidrens Orthodondist practice in Boca Raton, Kawa Orthodontics & Oral Surgery, LLP .

He was appointed President of the Chairman’s Council of the Republican Party of Palm Beach County, was Florida Regional Chairman of Physicians and Dentists for Mitt Romney; Finance Chair for Adam Hasner; Founder American Courage Political Action Committee; on the Board of the Republican Black Caucus of Palm Beach and the Black Republican Council of South Florida, as well as on the Board of the Republican Club of Boca. He has hosted/chaired events for Mitt Romney, Paul Ryan, Eric Cantor, Adam Hasner, Allen West, Tim Pawlenty, Rudy Giuliani (as a Romney surrogate) Reince Priebus, Michael Steele, Ann Coulter and Dick Morris.